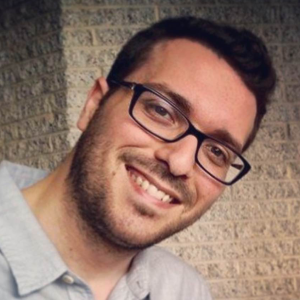 I had no idea what to expect when I launched this blog a week ago. I was excited to be writing each day, but I was filled with doubt and anxiety about it.

Would people care what I had to say?

Would it change people’s opinions of me for the worse?

Why am I even blogging to begin with?

Like most things in life, I found that my worries were mostly for naught. People actually embraced my writing! I got tons of feedback from all angles, and I’ve already learned a great deal from the experience. So here are the top three things I learned from my first week blogging:

I knew this already, but I didn’t know quite how much I loved it. Now that I have this forum to write about pretty much whatever I want, I feel a sense of freedom and energy I never had before. I will continue to write here every day until it stops being interesting for me.

2. Some people liked my stuff, some didn’t, and that’s good.

Any time you take a chance and put yourself out there, you’re bound to encounter criticism. A few people I really respect had some pretty harsh critiques of my first post, which really bummed me out. All of my worries and anxieties about telling my story were realized.

Then something strange happened. The longer I reflected on their criticism, the more I began to embrace it. Now I’m so thankful they did take me to task, because:

I’ve since internalized the criticism and will use it as I continue to craft my purpose here.

Now, I didn’t set out here to be all things to all people. That would’ve been a huge mistake. An even bigger mistake would have been to just play it safe. If I tooted my own horn a little too much along the way, so be it. If I came off as arrogant, who cares? At least I elicited some kind of response.

I think all feedback is good feedback, because when people are taking the time to reach out to me, it means I’m producing something worthwhile.

I’m still not sure what I’m doing here.

What is this blog about? Is it just about quitting my job? About my journey toward achieving multiple streams of income? About inspiring people to follow their own dreams?

Is it about business, the web, or something else? I actually don’t know.

But I’m determined to find out.